FEMALE POEM
I want a man who's handsome, smart and strong
One who loves to listen all day long,
One who thinks before he speaks,
One who'll call, not wait for weeks.

I want him to be gainfully employed,
And when I spend his cash, not be annoyed.
Pulls out my chair and opens my door,
Massages my back and begs to do more.

Oh! For a man who makes love to my mind,
And knows what to answer to "how big is my behind?"
I want this man to love me to no end,
And forever be my very best friend.


MALE POEM
I want a deaf-mute nymphomaniac
With huge boobs who owns a Liquor store and a fishing boat.

I know this doesn't rhyme and I don't give a shit!


If you would like to see your favourite joke here at Joke Mail, please place it in the Submissions Page
at 9:01 am No comments: Links to this post 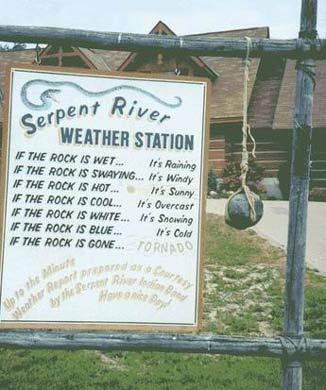 With thanks to Cappy for this one

If you would like to see your favourite joke here at Joke Mail, please place it in the Submissions Page
at 9:14 am No comments: Links to this post

Five reasons not to be a penis


If you would like to see your favourite joke here at Joke Mail, please place it in the Submissions Page
at 8:49 am 2 comments: Links to this post

A typical Scottish guy, having split from his latest girlfriend, decided to take a vacation. He booked himself on a Caribbean cruise and proceeded to have the time of his life, that is, until the ship sank.

He found himself on an island with no other people, no supplies, nothing, only bananas and coconuts.

After about four months, he is lying on the beach one day when the most gorgeous woman he has ever seen rows up to the shore. In disbelief, he asks, "Where did you come from? How did you get here?"

She replies, "I rowed from the other side of the island. I landed here when my cruise ship sank."

"Amazing," he notes. "You were really lucky to have a row boat wash up with you." "Oh, this thing?" explains the woman. "I made the boat out of raw material I found on the island. The oars were whittled from gum tree branches. I wove the bottom from palm branches, and the sides and stern came from a Eucalyptus tree"

"But, where did you get the tools?"

"Oh, that was no problem," replied the woman. "On the south side of the island, a very unusual stratum of alluvial rock is exposed. I found if I fired it to a certain temperature in my kiln, it melted into ductile iron. I used that for tools and used the tools to make the hardware."

The guy is stunned.

After a few minutes of rowing, she docks the boat at a small wharf. As the man looks to shore, he nearly falls off the boat. Before him is a stone walk leading to an exquisite bungalow painted in blue and white.

While the woman ties up the rowboat with an expertly woven hemp rope, the man can only stare ahead, dumb struck. As they walk into the house, she says casually, "It's not much but I call it home. Sit down, please.

"No! No thank you," he blurts out, still dazed. "I can't take another drop of coconut juice."

"It's not coconut juice," winks the woman. "I have a still. How would you like a Pina Colada?"

Trying to hide his continued amazement, the man accepts, and they sit down on her couch to talk. After they have exchanged their stories, the woman announces, "I'm going to slip into something more comfortable. Would you like to take a shower and shave? There is a razor in the bathroom cabinet."

No longer questioning anything, the man goes into the bathroom. There, in the cabinet, a razor made from a piece of tortoise bone. Two shells honed to a hollow ground edge are fastened on to its end inside a swivel mechanism.

"This woman is amazing," he muses. "What next?"

When he returns, she greets him wearing nothing but vines, strategically positioned, and smelling faintly of gardenias.

She beckons for him to sit down next to her. "Tell me," she begins suggestively,
slithering closer to him, "We've been out here for many months. You've been lonely. There's something I'm sure you really feel like doing right now, something you've been longing for?" She stares into his eyes ..

He can't believe what he's hearing. "You mean . . " he swallows excitedly and tears start to form in his eyes...


If you would like to see your favourite joke here at Joke Mail, please place it in the Submissions Page
at 8:32 am No comments: Links to this post

Email ThisBlogThis!Share to TwitterShare to FacebookShare to Pinterest
Labels: Battle of the Sexes, Travel

A virile, middle-aged Italian gentleman named Guido was relaxing at his favorite bistro in Rome when he managed to entice a spectacular young blonde woman to his table. Things progressed to the point where he invited her back to his apartment and, after some small talk, they retired to his bedroom where he "rattled her" senseless. After a most pleasant interlude he asked with a smile, "So, you finish?"

She paused for a second, frowned, and replied, "No."

Surprised, Guido reached for her and the rattling resumed. This time she thrashed about wildly and there were screams of passion. The performance finally ended and, again, Guido smiled and asked, "You finish?"

Again, after a short pause, she returned his smile, cuddled closer to him and softly said, "No."

Stunned, but damned if he was going to leave this woman dissatisfied, Guido reached for the woman yet again. Using the last of his strength, he barely managed it, but they ended together screaming, bucking, clawing and ripping the bed sheets. Exhausted, Guido fell onto his back, gasping. Hardly able to turn his head, he looked into her eyes, smiled proudly and asked again, "You finish?"

Barely able to speak, the beautiful blond whispered in his ear, "No, I Norvegian."


If you would like to see your favourite joke here at Joke Mail, please place it in the Submissions Page
at 8:22 am 2 comments: Links to this post

THE COWBOY AND THE YUPPIE

A Montana cowboy was overseeing his herd in a remote mountainous pasture when suddenly a brand-new BMW advanced out of a dust cloud towards him.

The driver, a young man in a Brioni suit, Gucci shoes, Ray Ban sunglasses and YSL tie, leans out the window and asks the cowboy, "If I tell you exactly how many cows and calves you have in your herd, will you give me a calf?"

The cowboy looks at the man, obviously a yuppie, then looks at his peacefully grazing herd and calmly answers, "Sure, Why not?"

The yuppie parks his car, whips out his Dell notebook computer, connects it to his Cingular RAZR V3 cell phone, and surfs to a NASA page on the Internet, where he calls up a GPS satellite navigation system to get an exact fix on his location which he then feeds to another NASA satellite that scans the area in an ultra-high-resolution photo. The young man then opens the digital photo in Adobe Photoshop and exports it to an image processing facility in Hamburg, Germany. Within seconds, he receives an email on his Palm Pilot that the image has been processed and the data stored. He then accesses a MS-SQL database through an ODBC connected Excel spreadsheet with email on his Blackberry and, after a few minutes, receives a response. Finally, he prints out a full-color, 150-page report on his hi-tech, miniaturized HP LaserJet printer and finally turns to the cowboy and says, "You have exactly 1,586 cows and calves."

"That's right. Well, I guess you can take one of my calves," says the cowboy.

Then the cowboy says to the young man, "Hey, if I can tell you exactly what your business is, will you give me back my calf?"

The young man thinks about it for a second and then says, "Okay, why not?"

You're a Congressman for the U.S. Government", says the cowboy.

"Wow! That's correct," says the yuppie, "but how did you guess that?"

"No guessing required." answered the cowboy. "You showed up here even though nobody called you; you want to get paid for an answer I already knew, to a question I never asked. You tried to show me how much smarter than me you are; and you don't know a thing about cows...this is a herd of sheep. Now give me back my dog."


If you would like to see your favourite joke here at Joke Mail, please place it in the Submissions Page
at 8:41 am No comments: Links to this post

SMART ASS ANSWER #6
It was mealtime during a flight on Hooters Airline."Would you like dinner?" the flight attendant asked John, seated in front.

"What are my choices?" John asked.

SMART ASS ANSWER #5
A flight attendant was stationed at the departure gate to check tickets. As a man approached, she extended her hand for the ticket and he opened his trench coat and flashed her. Without missing a beat, she said, "Sir, I need to see your ticket not your stub."

SMART ASS ANSWER #4
A lady was picking through the frozen turkeys at the grocery store but she couldn't find one big enough for her family. She asked a stock boy, "Do these turkeys get any bigger?"

The stock boy replied, "No ma'am, they're dead."

SMART ASS ANSWER #3
The cop got out of his car and the kid who was stopped for speeding rolled down his window. "I've been waiting for you all day," the cop said.

The kid replied, "Yeah, well I got here as fast as I could."

When the cop finally stopped laughing, he sent the kid on his way without a ticket.

SMART ASS ANSWER #2
A truck driver was driving along on the freeway. A sign comes up that reads, "Low Bridge Ahead." Before he knows it, the bridge is right ahead of him and he gets stuck under the bridge. Cars are backed up for miles.

Finally, a police car comes up. The cop gets out of his car and walks to the truck driver, puts his hands on his hips and says, "Got stuck, huh?"

The truck driver says, "No, I was delivering this bridge and ran out of gas."

SMART ASS ANSWER OF THE YEAR 2006
A college teacher reminds her class of tomorrow's final exam. "Now class, I won't tolerate any excuses for you not being here tomorrow. I might consider a nuclear attack or a serious personal injury, illness, or a death in your immediate family, but that's it, no other excuses whatsoever!"

A smart-ass guy in the back of the room raised his hand and asked, "What would you say if tomorrow I said I was suffering from complete and utter sexual exhaustion?" The entire class is reduced to laughter and snickering.

When silence is restored, the teacher smiles knowingly at the student, shakes her head and sweetly says, "Well, I guess you'd have to write the exam with your other hand."


If you would like to see your favourite joke here at Joke Mail, please place it in the Submissions Page
at 8:43 am No comments: Links to this post