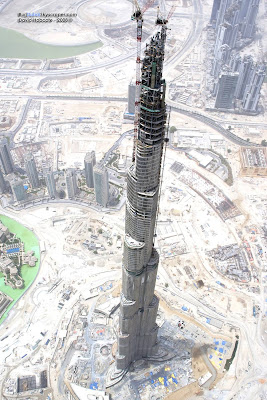 I Gonna Back to Italy

(Attention: This must be read with an Italian accent, preferably out loud.)

One day Ima gonna Malta to a bigga hotel. Ina morning I go to eat brekfast. I tella waitress I wanna two pissis toast. She brings me only one piss. I tella her I want two piss. She says go to the toilet. I say you no understand. I wanna two piss onna my plate. She say you better not not piss on plate you sonna ma bitch.

So I go to my room inna hotel, and there is no sheit. I call the manager and tella him I wanna a sheit. He tella me go to the toilet. I say you no understand, I wanna sheit on my bed. He say you better not piss on bed you sonna ma bitch. I don't even know the man and he call me a sonna ma bitch.

I go to the checkout and the man at the desk say: "Peace unto you", I say "Piss unto you too ya, sonna ma bitch. I gonna back to Italy."
at 3:38 pm No comments:

Email ThisBlogThis!Share to TwitterShare to FacebookShare to Pinterest
Labels: Foreigners

1. The only place in North America to get bombed in the war...by a moron who set a munitions ship on fire.

3. Everyone is a fiddle player.

4. If someone asks if you're a Newfie, you are allowed to kick their ass.

5. The local hero is an insane, fiddle playing, sexual pervert.

7. You are the reason Anne Murray makes money.

8. You can pretend you have Scottish heritage as an excuse to wear a kilt.

9. The economy is based on fish, lobster, and fiddle music.

10. Even though it smells like dead sea animals, Halifax is considered Canada's most beautiful city.
at 3:30 pm 1 comment:

"There are only two reasons to sit in the back row of an airplane: Either you have diarrhea, or you're anxious to meet people who do."
Henry Kissinger (former US Secretary of State)

"Women might be able to fake orgasms. But men can fake whole relationships."
Sharon Stone

"My cousin just died. He was only 19. He got stung by a bee-the natural enemy of a tightrope walker."
Dan Rather (News anchorman)

"I saw a woman wearing a sweatshirt with 'Guess' on it. I said, 'Thyroid problem?"
Arnold Schwarzenegger

"I read somewhere that 77 per cent of all the mentally ill live in poverty. Actually, I'm more intrigued by the 23 per cent who are apparently doing quite well for themselves."
Jerry Garcia (Grateful Dead)

"I discovered I scream the same way whether I'm about to be devoured by a Great White or if a piece of seaweed touches my foot."
Axel Rose (Guns'n'Roses)

"My mother never saw the irony in calling me a son-of-a-bitch."
Jack Nicholson

"Clinton lied. A man might forget where he parks or where he lives, but he never forgets oral sex, no matter how bad it is."
Barbara Bush (Former US First Lady)

'Ah, yes, divorce, from the Latin word meaning to rip out a man's genitals through his wallet."
Robin Williams

"Women complain about premenstrual syndrome, but I think of it as the only time of the month that I can be myself."
Roseanne

"In the last couple of weeks I have seen the ads for the Wonder Bra. Is that really a problem in this country? Men not paying enough attention to women's breasts?"
Hugh Grant

"There's a new medical crisis. Doctors are reporting that many men are having allergic reactions to latex condoms. They say they cause severe swelling. So what's the problem?"
Dustin Hoffman

"Instead of getting married again, I'm going to find a woman I don't like and just give her a house."
Rod Stewart, aging cover band singer
at 5:31 am No comments:

I decided to take a day off from work and go golfing. I was on the fourth hole, when I discovered a small frog sitting on the green. I paid it no attention until I heard, "Ribbit. Nine iron."

That's curious, I thought, but decided to trust the frog. I pulled out a nine iron, and sunk a hole-in-one. Amazing! So I picked up the frog and headed to the fifth hole. I asked the frog what club to used and it said, "Ribbit. Three wood." I used that club and sunk another hole-in-one! I continued an amazing round of golf. At the end, I asked the frog where we should go next. "Ribbit. Vegas."

So we went to Vegas, and I asked the frog what we should do first. "Ribbit. Roulette."

So we went up to the roulette table, and I asked the frog how much I should wager. "Ribbit. Three thousand dollars."

It was a lot of money, but I ponied up anyway. Needless to say, I won big! I took my earnings and got the best room in the hotel. Once we were up there, I asked the frog if there was anything I could do to repay it. "Ribbit. Kiss me."

I figured, what the hell, it's just a frog. So I kissed the frog, and it turned into a 15-year old girl. That's how she ended up in my room, and if I'm lying, my name's not William Jefferson Clinton.
at 4:39 pm No comments:

Email ThisBlogThis!Share to TwitterShare to FacebookShare to Pinterest
Labels: Politics

I used to eat a lot of natural foods until I learned that most people die of natural causes.

There are two kinds of pedestrians: the quick and the dead.

Health is merely the slowest possible rate at which one can die.

The only difference between a rut and a grave is the depth.

Health nuts are going to feel stupid someday, lying in hospitals dying of nothing.

Have you noticed since everyone has a camcorder these days no one talks about seeing UFOs like they used to?

Whenever I feel blue, I start breathing again.

All of us could take a lesson from the weather. It pays no attention to criticism.

In the 60's, people took acid to make the world weird. Now the world is weird and people take Prozac to make it normal.

How is it one careless match can start a forest fire, but it takes a whole box to start a campfire?

Who was the first person to look at a cow and say, 'I think I'll squeeze these dangly things and drink whatever comes out?'

If Jimmy cracks corn and no one cares, why is there a song about him?

Why does your OB-GYN leave the room when you get undressed if they are going to look up there anyway?

If quizzes are quizzical, what are tests?

Do illiterate people get the full effect of Alphabet Soup?

Does pushing the elevator button more than once make it arrive faster?

Why doesn't glue stick to the inside of the bottle?
at 4:56 pm No comments:

One day a man walked in a bar with a box. He sat down, opened the box and out popped a leprechaun. The man told the bartender, "I want a Rolling Rock and a shot of whiskey for my buddy here."

The guy with the box said, "I'll have another Rolling Rock and a shot of whiskey for my buddy here."

After the leprechaun drank his shot of whiskey, he again ran to the end of the bar and spit in the man's face, then dashed back.

The guy with the box ordered another beer for himself and another shot for the leprechaun. Again, the after the leprechaun drank his shot of whiskey, he ran down to the end of the bar. But this time the man was waiting for him and he grabbed the leprechaun and held him in the air.

He said, "If you spit in my face again, I'm going to cut your pecker off."

The leprechaun laughed and said, "Leprechauns don't have peckers."

Then the man said, "If you don't have peckers, then how do you pee?"