A couple was invited to a swanky masked Christmas Party. She got a terrible headache and told her husband to go to the party alone. He, being a devoted husband, protested, but she argued and said she was going to take some aspirin and go to bed, and there was no need of his good time being spoiled by not going. So he took his costume and away he went.

The wife, after sleeping soundly for one hour, awakened without pain, and as it was still early, she decided to go to the party. In as much as her husband did not know what her costume was, she thought she would have some fun by watching her husband to see how he acted when she was not with him.

She joined the party and soon spotted her husband cavorting around on the dance floor, dancing with every nice chick he could, and copping a little feel here and a little kiss there. His wife sidled up to him and being a rather seductive babe herself, he left his partner high and dry and devoted his time to the new stuff that had just arrived.

She let him go as far as he wished; naturally, since he was her husband. Finally he whispered a little proposition in her ear and she agreed, so off they went to one of the cars and had a little bang.

Just before unmasking at midnight, she slipped away and went home and put the costume away and got into bed, wondering what kind of explanation he would make for his behavior.

She was sitting up reading when he came in and asked what kind of a time he had. He said, "Oh, the same old thing. You know I never have a good time when you're not there."

Then she asked, "Did you dance much?"

He replied, "I'll tell you, I never even danced one dance. When I got there, I met Jack, Pete and some of the other guys, so we went into the den and played poker all evening. But I'll tell you... the guy I loaned my costume to sure had a real good time!"
at 9:11 am 4 comments: Links to this post

Email ThisBlogThis!Share to TwitterShare to FacebookShare to Pinterest
Labels: Battle of the Sexes, Xmas

The Day the Elves Won the Lottery 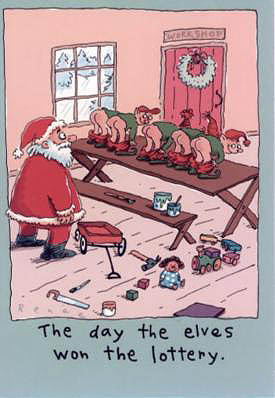 Where Icicles Come From 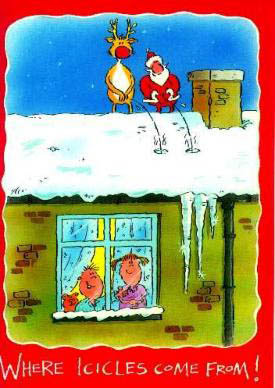 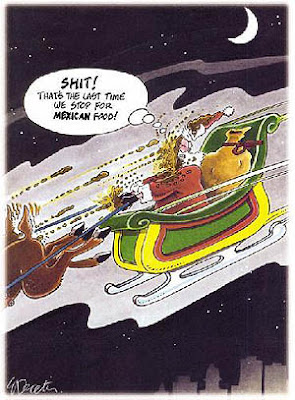 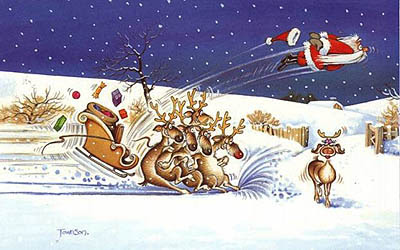 How to Tell You've Been Really Bad 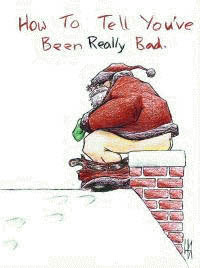 Couldn't find the carrot, so... 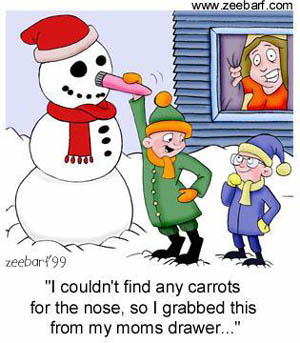