"Having sex is like playing bridge. If you don't have a good partner, you'd better have a good hand." - Woody Allen

"Bisexuality immediately doubles your chances for a date on Saturday night." - Rodney Dangerfield

"There are a number of mechanical devices which increase sexual arousal, particularly in women. Chief among these is the Mercedes-Benz 500SL." - Lynn Lavner

"Sex at age 90 is like trying to shoot pool with a rope." - Camille Paglia

"Sex is one of the nine reasons for incarnation. The other eight are unimportant." - George Burns

"Women might be able to fake orgasms. But men can fake a whole relationship." - Sharon Stone

"My mother never saw the irony in calling me a son-of-a-bitch." - Jack Nicholson

"Clinton lied. A man might forget where he parks or where he lives, but he never forgets oral sex, no matter how bad it is." - Barbara Bush (Former US First Lady, and you didn't think Barbara had a sense of humor)

"Ah, yes, divorce, from the Latin word meaning to rip out a man's genitals through his wallet." - Robin Williams

"There's a new medical crisis. Doctors are reporting that many men are having allergic reactions to latex condoms. They say they cause severe swelling. So what's the problem?" - Dustin Hoffman

"See, the problem is that God gives men a brain and a penis,
and only enough blood to run one at a time." - Robin Williams

"It's been so long since I've had sex, I've forgotten who ties up whom." - Joan Rivers

"Sex is one of the most wholesome, beautiful and natural experiences money can buy." - Steve Martin

"You don't appreciate a lot of stuff in school until you get older. Little things like being spanked every day by a middle-aged woman. Stuff you pay good money for in later life." - Elmo Phillips

"Bigamy is having one wife too many. Monogamy is the same." - Oscar Wilde

"It isn't premarital sex if you have no intention of getting married." - George Burns
at 9:57 am 3 comments:

The Picture on the Nightstand

After a long night of making love, he notices a photo of another man on her nightstand by the bed. He begins to worry.

"Is this your husband?" he nervously asks.

"No, silly," she replies, snuggling up to him.

"Your boyfriend, then?" he continues.

"Is it your dad or your brother?" he inquires, hoping to be reassured.

A pirate walked into a bar...

A pirate walked into a bar, and the barman said, "Hey, I haven't seen you in a while. What happened? You look terrible!"

"What about the wooden leg? You didn't have that before."

"Well, ok, but what about that hook? What happened to your hand?"

"We were in another battle. I boarded a ship and got into a sword fight. My hand was cut off. I got fitted with a hook. I'm fine, really."

"What about that eye patch?"

"Oh, one day, we were at sea, and a flock of birds flew over. I looked up, and one of them shat in my eye."

"You're kidding," said the barman, "you couldn't lose an eye just from some bird shit."

Email ThisBlogThis!Share to TwitterShare to FacebookShare to Pinterest
Labels: History

The following was an actual advertisement in an Irish Newspaper.

Only first gear and reverse used

Owner wishing to sell due to employment lay-off 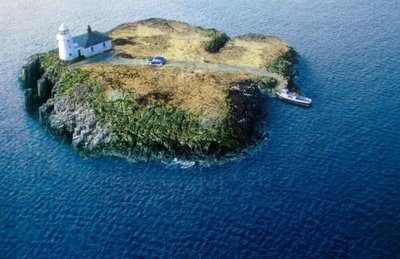 What is a bastard?

Quite often we ask ourselves hard to answer questions like,


And we wax philosophic with metaphysical postulations, incomplete aphorisms, and inconsistent sophisms that make one more and more sure that the only true thing is that a picture is worth a thousand words.


In this photo, the guy on the right is a member of a bomb squad in the middle of a deactivation.


The guy behind him, well, he's a bastard. 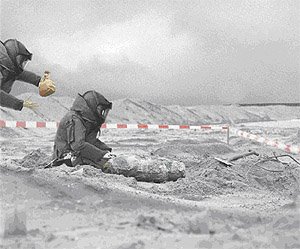 WOMEN'S REVENGE
"Cash, check or charge?" I asked, after folding items the woman wished to purchase.
As she fumbled for her wallet I noticed a remote control for a television set in her purse.

"So, do you always carry your TV remote?" I asked.

"No," she replied, " but my husband refused to come shopping with me, so I figured this was the most legal evil thing I could do to him."

CIGARETTES AND TAMPONS
A man walks into a pharmacy and wanders up and down the aisles.

The sales girl notices him and asks him if she can help him.

He answers that he is looking for a box of tampons for his wife. She directs him down the correct aisle.

A few minutes later, he deposits a huge bag of cotton balls and a ball of string on the counter.

She says, confused, "Sir, I thought you were looking for some tampons for your wife?"

He answers, " You see, it's like this, yesterday, I sent my wife to the store to get me a carton of cigarettes, and she came back with a tin of tobacco and some rolling papers; cause it's sooooooooooo much cheaper. So, I figure if I have to roll my own ... so does she." (Of course . . . I figure this guy is the one on the milk carton!)

WIFE VS. HUSBAND
A couple drove down a country road for several miles, not saying a word. An earlier discussion had led to an argument and neither of them wanted to concede their position. As they passed a barnyard of mules, goats, and pigs, the husband asked sarcastically, "Relatives of yours?"

CREATION
A man said to his wife one day, "I don't know how you can be so stupid and so beautiful all at the same time."


WHO DOES WHAT?
A man and his wife were having an argument about who should brew the coffee each morning.
The wife said, "You should do it, because you get up first, and then we don't have to wait as long to get our coffee."

The husband said, " You are in charge of cooking around here and you should do it, because that is your job, and I can just wait for my coffee."

Wife replies, "No, you should do it, and besides, it is in the Bible that the man should do the coffee."

Husband replies, "I can't believe that, show me."

So she fetched the Bible, and opened the New Testament and showed him at the top of several pages, that it indeed says .........."HEBREWS"
at 9:55 am No comments:

A young boy went up to his father and asked "What's the difference between potentially and realistically?"

So the boy went to his mother and asked "Mum would you sleep with Robert Redford for a million quid?" The mother replied "Definitely, I wouldn't pass an opportunity like that."

The boy then went to his older sister and asked "Would you sleep with Brad Pitt for a million quid?" The girl replied "Oh gosh, I would just love to do that, I would be nuts to pass up that opportunity."

The boy then thought about it for a few days, and went back to his father. His father asked him "Did you find the difference between potentially and realistically?"