Things I've learned from my children

The following came from an anonymous mother in Austin, TX (poor woman)

2. If you spray hair spray on dust bunnies and run over them with roller blades, they can ignite.

3. A 3-year-old's voice is louder than 200 adults in a crowded restaurant.

4. If you hook a dog leash over a ceiling fan, the motor is not strong enough to rotate a 42 pound boy wearing Batman underwear and a superman cape. It is strong enough, however, to spread paint on all four walls of a 20X20 foot room.

5. You should not throw baseballs up when the ceiling fan is on. When using the ceiling fan as a bat, you have to throw the ball up a few times before you get a hit. A ceiling fan can hit a baseball a long way.

6. The glass in windows (even double pane) doesn't stop a baseball hit by a ceiling fan.

7. When you hear the toilet flush and the words 'Uh-oh', it's already too late.

8. Brake fluid mixed with Clorox makes smoke, and lots of it.

10. Certain Lego's will pass through the digestive tract of a four-year-old.

11. Play Dough and Microwave should never be used in the same sentence.

13. No matter how much Jell-O you put in a swimming pool you still can't walk on water.

15. VCR's do not eject PB&J sandwiches even though TV commercials show they
do.

17. Marbles in gas tanks make lots of noise when driving.

18. You probably do not want to know what that odor is.

19. Always look in the oven before you turn it on. Plastic toys do not like ovens. (Neither do cats!)

20. The fire department in Austin has a 5 minute response time.

21. The spin cycle on the washing machine does not make earthworms dizzy. It
will however make cats dizzy and cats throw up twice their body weight when
dizzy.
at 9:46 am No comments:

(If you're struggling to read it, click on the image for a larger one)
at 8:37 am No comments:

Fair Working Rights for the Penis

I, the penis, hereby request a raise in salary for the following reasons:

I do physical labor

I work at great depths

I do not get weekends off or public holidays

I work in a damp environment

I don't get paid overtime or shift penalties

I work in a dark workplace that has poor ventilation

I work in high temperatures

My work exposes me to contagious diseases


Response from the administration:

After assessing your request, and considering the arguments you have raised, the administration rejects your request for the following reasons:

You do not work 8 hours straight, who you kiddin!

You fall asleep on the job after brief work periods

You do not always follow the orders of the management team

You do not stay in your allocated position, and often visit other areas

You take a lot of non-rostered breaks

You don't always observe measures, such as wearing the correct protective outfits

You don't wait till pension age before retiring

And if that were not all, you have been seen constantly entering and leaving the work place carrying 2 suspicious looking bags.
at 2:22 pm No comments: 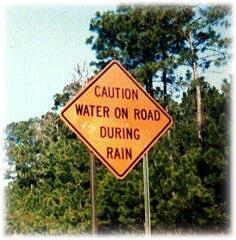 Drug Dealers: Do your job well, and you can sleep with sexy movie stars who depend on you.
Software Developers: Damn! Damn! DAMN!!!
at 8:58 am No comments:

Email ThisBlogThis!Share to TwitterShare to FacebookShare to Pinterest
Labels: Computing/Technology

Click on image to see larger picture
at 11:27 am No comments: