An ad found in the Canberra Times, Personal Section. Reckon this bloke should have got a few replies simply for taking the time to think of this!

A tall well built woman with good
reputation, who can cook frogs
legs, who appreciates a good fuc-
schia garden, classic music and tal-
king without getting too serious.

Email ThisBlogThis!Share to TwitterShare to FacebookShare to Pinterest
Labels: Advertising, Men on top 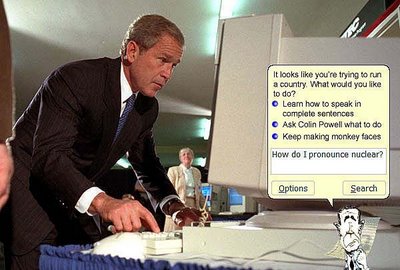 A lawyer married a woman who had previously divorced ten husbands. On their wedding night, she told her new husband, "Please be gentle, I'm still a virgin." "What?" said the puzzled groom. "How can that be if you've been married ten times?"

"Well, Husband #1 was a sales representative; he kept telling me how great it was going to be.

Husband #2 was in software services; he was never really sure how it was supposed to function, but he said he'd look into it and get back to me.

Husband #3 was from field services; he said everything checked out diagnostically but he just couldn't get the system up.

Husband #4 was in telemarketing; even though he knew he had the order, he didn't know when he would be able to deliver.

Husband #5 was an engineer; he understood the basic process but wanted three years to research, implement, and design a new state-of-the-art method.

Husband #6 was from finance and administration; he thought he knew how, but he wasn't sure whether it was his job or not.

Husband #7 was in marketing; although he had a nice product, he was never sure how to position it.

Husband #8 was a psychologist; all he ever did was talk about it.

Husband #9 was a gynecologist; all he did was look at it.

But now that I've married you, I'm really excited!"

A man walks into a Chemists with his 13 year old son. They happen to walk by the condom display, and the boy asks, "What are these, Dad?"

To which the man matter of factly replies, "Those are called condoms, son. Men use them to have safe sex."

Oh I see," replied the boys pensively. "Yes, I've heard of that in health class at school."

He looks over the display and picks up a package of 3 and asks, "Why are there 3 in this package?"

The Dad replies, "Those are for high school boys. One for Friday, one for Saturday, and one for Sunday."

Those are for college boys." the dad answers, "TWO for Friday, TWO for Saturday, and TWO for Sunday."

Email ThisBlogThis!Share to TwitterShare to FacebookShare to Pinterest
Labels: Battle of the Sexes, Kids, Medical

10 best things to say when caught sleeping at your desk

TEN BEST THINGS TO SAY IF YOU GET CAUGHT SLEEPING AT YOUR DESK:

10. "They told me at the blood bank this might happen."

9. "This is just a 15 minute power-nap like they raved about in that time management course you sent me to."

8. "Whew! I must have left the top off the Tippex. You probably got here just in time!"

7. "I wasn't sleeping! I was meditating on the mission statement and envisioning a new paradigm."

6. "I was testing my keyboard for drool resistance."

5. "I was doing a highly specific Yoga exercise to relieve work-related stress. Are you discriminatory toward people who practice Yoga?

4. "Darn! Why did you interrupt me? I had almost figured out a solution to your biggest problem."

And the #1 best thing to say if you get caught sleeping at your desk...

This happened in a little town in Newfoundland, and even though it sounds like an Alfred Hitchcock tale, it's absolutely true.

This guy was on the side of the road hitchhiking on a very dark night in the middle of a terrible rainstorm. The night was rolling, and no cars were on the road. The storm was so strong the guy could hardly see a few feet ahead of him.

Suddenly, he saw a car come toward him and stop. The guy, without thinking about it, got in the car and closed the door-and only then did he realize that there was nobody behind the wheel!

The car started to move very slowly. The guy looked at the road and saw a curve coming his way. Petrified, he started to pray, begging for his life. He had not come out of shock when, just before the car hit the curve, a hand suddenly appeared through the window and moved the wheel.

The guy, now paralyzed in terror, watched how the hand appeared every time the car was approaching a curve. Finally, although terrified, the guy managed to open the door and jump out of the spooky car. Without looking back, the guy ran through the storm all the way to the nearest town.

Soaking wet, exhausted and in a state of utter shock the pale, visibly shaken guy, walked into a nearby bar and asked for two shots of Screech.

Then, still trembling with fright, he started telling everybody in the bar about the horrible experience he just went through with the spooky car with no driver and the mysterious hand that kept appearing. Everyone in the bar listened in silence and became frightened, listening to this eerie story; hairs stood on end when they realized the guy was telling the truth because he was crying and he definitely was not drunk.

About half an hour later two guys walked into the same bar and one said to the other "Look, me son, there's the arsehole who got into the car while we were pushing it!"
at 8:44 am 2 comments: Links to this post

Email ThisBlogThis!Share to TwitterShare to FacebookShare to Pinterest
Labels: Xenophobia

There is more money being spent on breast implants and Viagara than Alzheimer's research.

This means that by 2020, there should be a large elderly population with perky boobs and huge erections and absolutely no recollection what to do with them.
at 5:51 pm 4 comments: Links to this post